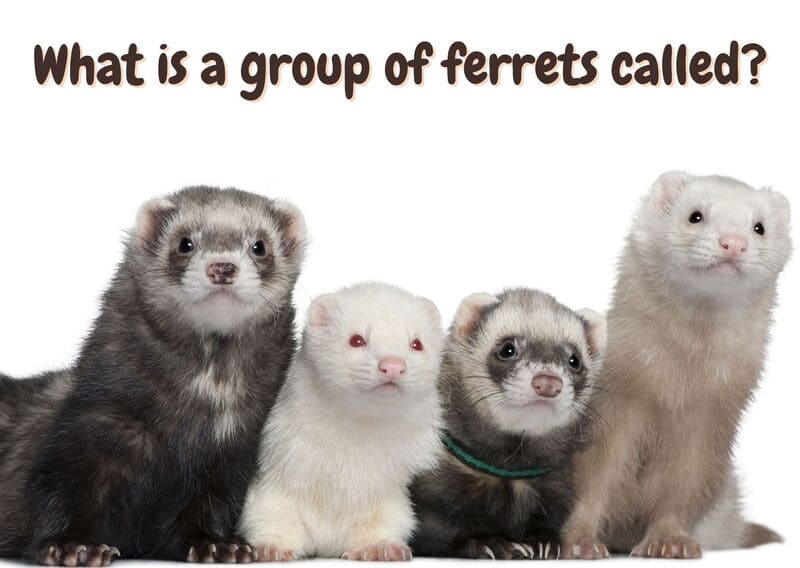 What Do You Call a Group Of Ferrets?

A group of ferrets is called a business (sometimes also written busyness). Ferrets are known to be social animals who will live in small groups.

If you happen to spot more than two ferrets tagging along while enjoying a walk in the forest, you can boast about seeing a business of ferrets – quite a rare sight in the wild, since ferrets are now mainly domesticated animals.

Other Names Given To Ferrets

Ferrets generally make great pets for most families. They have become very popular pets in many countries around the world for the past few decades. According to a ferret association, there are an estimated 5-7 million domesticated ferrets in the US alone. Ferrets are allowed almost everywhere, except in some states like California, Hawaii, Washington DC, and New York City.

Ferrets are known to be entertaining pets due to their curious and mischievous nature and are a good fit for families with children. However, as exotic creatures, they will need more supervision than a cat or a dog, as they have a tendency to escape through cracks and holes and get their noses where they shouldn’t!