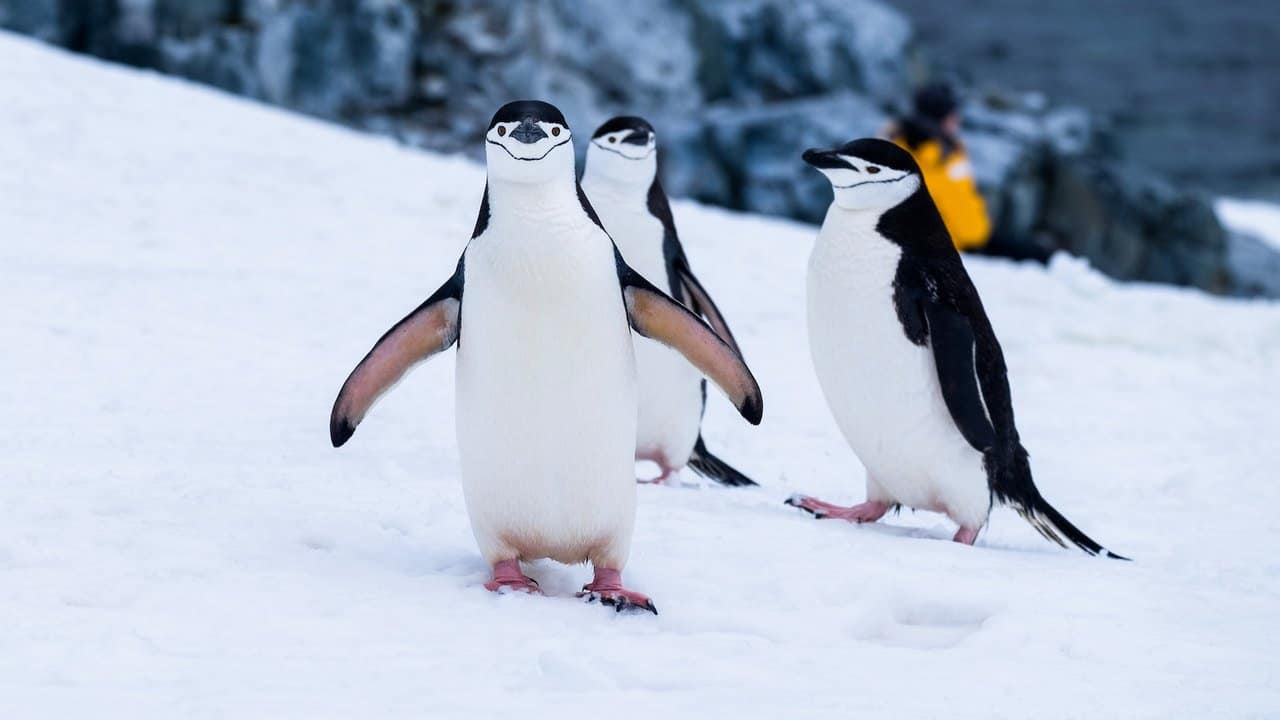 There are a lot of beautiful birds out there that we would love to own, but the thing about them is that, unless you actually take the time to study them, you most likely won’t be able to tell them apart from one another, simply because of how similar they are.

But there is one bird that you will never mistake for another, and that is none other than everybody’s favorite flightless bird: aka the penguin.

The thing that we need to mention here though is that even though the penguin is one of the most unique and popular birds you’ll ever see, there isn’t a lot of detailed information about them out there.

In fact, there is a debate that has been going on for many years now on whether there are 18 different species of penguins or if there are a lot less than that out there.

What we do know for a fact though is that most penguins are found around the Southern Hemisphere, with only a select few species living in Antarctica, such as the most popular penguin of all, the Emperor.

The Galapagos is also a very popular species of penguins, and as the name implies, they’re known to live on the Galapagos Islands.

Penguins are also known for loving both the land and the water, as they can easily escape predators and live long and prosperous lives in either environment.

Most of the world’s penguins are found in their own natural environments, but due to how popular they are with tourists, you may actually find quite a handful of them around the local zoos too.

Penguin breeding is known to take place starting from March and April and ending around one to two months later. Interestingly enough, both the male and the female penguins end up carrying their egg on top of their feet, as they both work together in order to care for it.

Now, while keeping a penguin as a pet is illegal in most places around the world, especially the US for that matter, since they are very popular zoo attractions, it’s not that surprising to hear that the personnel there ends up naming their penguin chicks themselves.

If you happen to go to the zoo pretty often and you want to think of a good name to give your favorite little flightless bird then keep on reading because for today, we decided to bring you a list of the best penguin names we could think of.

We will be separating the names in different subcategories to make the job easier for you, so for example if you have a male penguin you wouldn’t want to call it Trisha, so we’ll filter out the options so you won’t have to worry about any of that.

After we list off the names, we’ll also help answer a few questions that you may have regarding penguin naming. So, with that being said, let’s just hop right into the first category of the day, aka:

While we do know that penguins will not be babies all of their lives, we still can’t help but give our little tuxedo-wearing gentlemen and ladies sweet and adorable nicknames now, can’t we?

This is why we have the following loveable nicknames set for you:

Interestingly enough, you actually can’t tell most of the time whether you are dealing with a male penguin or a female penguin. That’s because there are very few distinguishing features that separate the two from one another

Even so, you can always just check for yourself and see if you have a male or a female based on their general size, their beaks and just how good they are at fishing.

That’s because males are typically bigger than females and they also seem to be fatter, having longer beaks which help them when it comes to fishing.

At the same time, males tend to be surrounded by females because they are so good at fishing, so if you see that there is a penguin that is constantly followed around by the others, chances are that that’s a male and the ones chasing him around are females.

With that being said, once you do make the distinction between the males and the females it’s time to give them a name, which in itself can become a good and easy way to distinguish between them as they grow older.

So, if you want to make sure that you know you’re dealing with a female penguin, just use one of the following names:

There are a lot of different ways that you can employ in order to properly convey the fact that the penguin is a male. Our favorite is to just give them a very manly name, as that will instantly make you realize that you’re dealing with a male penguin.

At the same time however, you can take this opportunity to make puns out of their name, essentially making it so that people can instantly pick up on the penguin’s gender, while also laughing at the ridiculous name you came up with.

With that being said, let’s just hop right into these names, starting off with:

Sometimes you just want to use a name that has already been used plenty of times by now, not because you lack imagination but just because they are so perfect for everyday use.

Luckily, there have been quite a lot of famous penguins on screen over the past couple of decades now, so there’s no real shortage of famous names to pick from.

By far our favorites though have to be the following simply because of how catchy and easily recognizable they are:

Sometimes you just want to make people smile with the name that you chose for your penguin.

If this sounds like something you’d want to do, then you may want to consider giving the penguin a funny nickname, such as the following:

Sometimes you don’t want to think all that much about your penguin’s name, and instead you just want to give them the name that you feel is the most fitting for them. In these cases, all you need to do is you need to go for one of the following names:

How to Know if You’ve Got the Perfect Penguin Name

There isn’t any surefire way to tell if you’ve made the right choice, all that you need to do is you need to make sure that it fits the following requirements:

But how can you find the perfect name for your penguin? Well, the first method is to just look up online different names that you can choose from. That way you’ll stumble across articles such as this one that will give you a pretty wide range of names for you to look through.

Besides this though you can also just use online name generators to get a random selection of names. While not all of them will fit a penguin, you could still get lucky and find the perfect one with just a few clicks.

On top of that you can also ask your friends and family members for help. After all, just because you work there that doesn’t mean that you can’t get inspiration from those around you.

You can call onto all of your friends and get them to tell you what they would think are the best names for your penguin. Remember to write down your favorites before the meeting is over though because you can easily forget them.

After you do end up choosing a name though, we recommend that you display it by purchasing a custom name plaque or a sign. You can also make your own but if you don’t want to you can always just purchase one and personalize it with your penguin’s new name.

Last but not least, have fun with this whole process. Many people take this too seriously as they spend so much time trying to find the absolute perfect nickname for their penguin.

While it is important to find a good name, we do also believe that as long as you’re happy with it and the penguin’s happy, that’s all that matters.

So, there you have it, over a hundred different names you could choose for your favorite penguin. Do keep in mind however that penguins are quite intelligent, as they will easily pick up on the name you gave them, and they’ll start associating it with themselves.

So, while you can technically change their name later on down the line, they will most likely never forget their first name either.

Zoe always had a soft spot for furry, fluffy little creatures, and she had a menagerie of adorable pets including hamsters, guinea pigs, and rabbits. Her love for these little animals shines through in her writing, which often features lovable and relatable small pet characters. When she isn't busy crafting heartwarming tales, you can find her spending quality time with her own beloved pets or volunteering at the local animal shelter.